Right after ACCD Grad in 1977, I have bee accepted from the GM, and I have joined the Chevy Advanced Studio in 1978, supervised by R. Hill and Tony. I was fascinated by many other talented designer at the Design Center, and I have generated many Corvette proposals. These are earlier drawing and Full-size tape rendering in 1978. 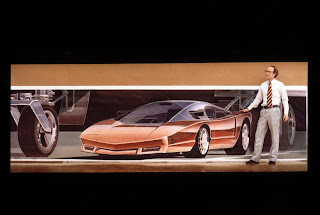 Very first Full-size tape (3/4 view) rendering at Chevy advanced Studio in 1978. Thank you Ron were posing as a full size scale model for the vehicle. 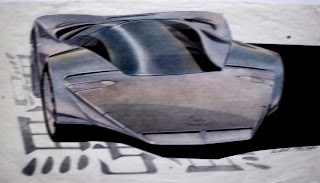 Tere were supposed to read " Shark" in Japanese on the background as the design insperation.

I was working at Opel backing in the almost 40 years ago. For me first Germany memories when I arrived at at the Frankfurt airport to town Russelshaim where Opel AG was the "Autobahn " nothing else. At any rate, it is a Unlimited Speeds Freeway. I was shocked by the reality that the "circuit test" like infrastructure has been already equipped with in Germany at that time. Thanks the smallest Kaddet, it was even 1.3 -liter 150 hours power were able to reach to the destination without any stress. Occasionally, rear-wheel make some strange sound "hitting rabbit noise ", but keeping an eye on the far ahead without any sympathy to them. Also, I was scared by BMW, Mercedes-Benz, Porsche are zooming up on my review mirror quickly. Since then, I realized why German cars have the strong "Front identity" and good visibilities in front and rear. However, the "driving machine as an German industrial design" was lacking only the sense of "sexyness" and "emotion" in their design," the visual design and I think it was. At that time, especially in Germany technologyOpel has taken the secret design strategy that has been designed by global designer team. and, they have hired as many talented german and non-german designer from all over the world. Opel has already condaucted the first innovative International Design team in 1970. 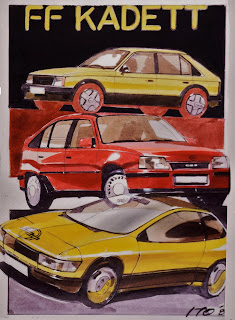 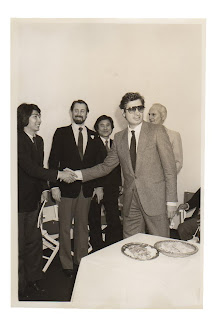 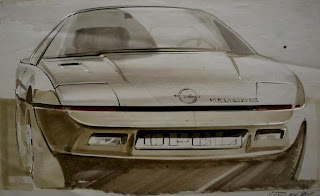 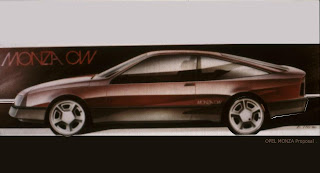 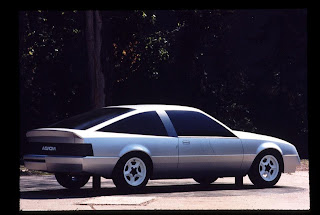